A local to me Kickstarter team was approved recently and has officially launched the Dark Lance Designs Sci-Fi Corridor Set Project! 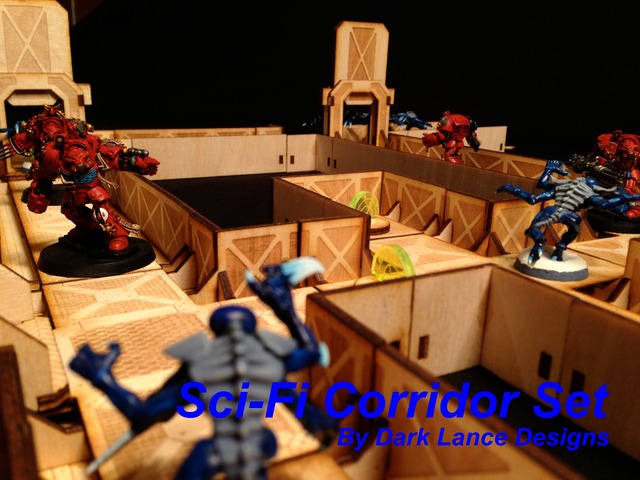 This thing is awesome.  I mean it's straight out of sci-fi movies we all know and love.  First one coming to mind is Aliens, and I would be lying if I didn't admit when I first saw this I immediately though of grey stuffing up some Alien construts on the walls and floor. 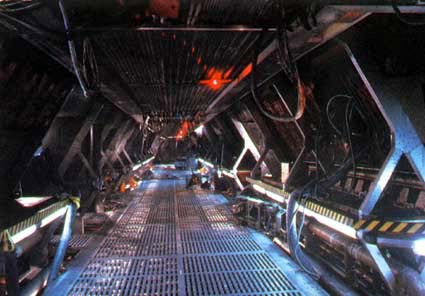 For those with a like minded wargaming side you will see alot of advantages in playing your Space Hulk games on this terrain giving the already awesome game some much needed environmental depth.  Something I was hoping one day GW would have provided, but with their recent discontinuing of all secondary games that will nto come to pass. 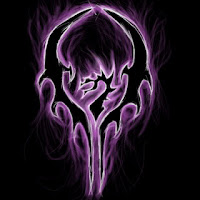 This past weekend was very good to me.  I was able to acquire a large amount of Hordes: Legion of Everblight, and it has ignited the blight in me and is slowly taking over in my heart.  I love to go to local stores swap meets in the hope of finding the ever elusive "Diamond in the Rough".  Most of the time I get something, it's just a matter of is it something I "need" or is it something that my eyes fell on and I said "Sure I would paint that".  This Everblight army fell into both categories. 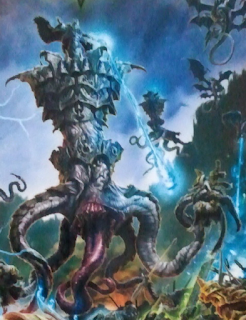 See long before I ever ventured into Trolls I was looking at the various Warmachine and Hordes factions and my first eye catching interest was in fact Everblight.  More specifically the Throne of Everblight their battle engine.  With it's drooling maw and sharp teeth, mutated skin wrapped in armor, writhing tentacles and sheer size my little chaos heart leaped with joy.  It has mutation, and tentacles, and mutations, and a being to worship like a god, and mutations, and dragons....and mutations.  It was only more interesting that they were "evil", which I like more cause I never have been very good at being "Good".  Hell my own troll army has a Japanese Magi Daemon for a Dire Troll Mauler.  Evil is my thing...did I mention mutations?